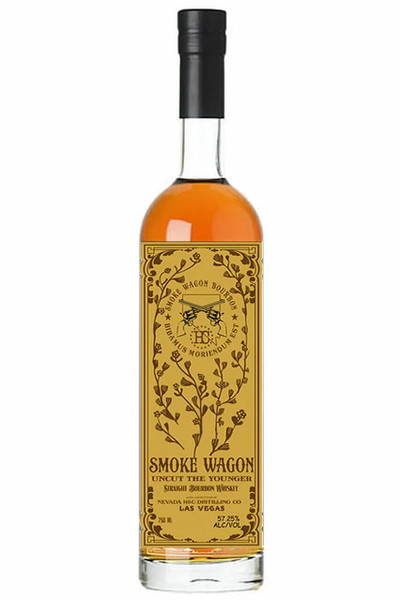 The journey to create Uncut the Younger began around October 2020. I tried a Straight Bourbon blend before proofing it down and I was really impressed with the flavor profile. It was fruit forward with tons of delicate candy flavors and big cinnamon spice on the finish. My original thought was to create a younger version of Uncut Unfiltered, and release it as a Rare and Limited batch. In December 2020, when the first Rare and Limiteds’ were announced, I quickly realized that a R&L would never retail for less than regular Uncut, so the idea was put on a back burner.

A few months later the company that makes our clear stock bottles for Straight, informed me they were coming out with an amber version. I was interested and I knew exactly what to use those for. I let them know I wanted as many as they could get me. Releasing a Rare & Limited younger Uncut was one thing, but being able to offer an affordable cask strength bourbon that could be one of our core expressions AND a high proof lover’s daily sipper, really got me excited. I truly believe having superior and affordable bourbons is essential.  Also I wanted Straight to have a cask strength sibling the way Small Batch has Uncut Unfiltered, it all just made sense.

A year and a half later - Uncut the Younger, our second expression in the entry level category is finally here! Consisting mainly of 4 year 36% rye bourbon from several floors and warehouse locations. Uncut the Younger is blended to be fruit forward, with tons of candy flavor notes and finishing with some bold cinnamon spice with gentle heat. It’s non chill filtered so it’s buttery and creamy, drinking more delicately than one would think based on its proof.