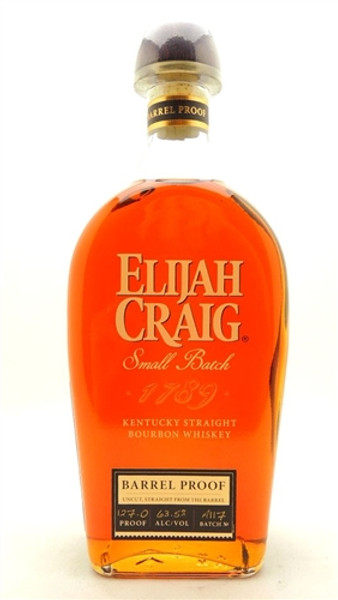 Each batch of Elijah Craig Barrel Proof is an uncut Small Batch of 12-year-old Bourbon bottled straight from the barrel. The variance in proof from batch to batch presents a unique opportunity to explore the impact of the angel's share and the resulting proof in a small batch of barrels.

The first letter of the batch number indicates which of that year's releases the bottle was a part of, starting with "A," while the second digit is a number that determines the month of the year the bottle was released. The third and fourth digits indicate the year.

Experience the Bourbon that Whisky Advocate's international reviewers consistently ranked #1 in a blind taste test against hundreds of whiskies from around the world.