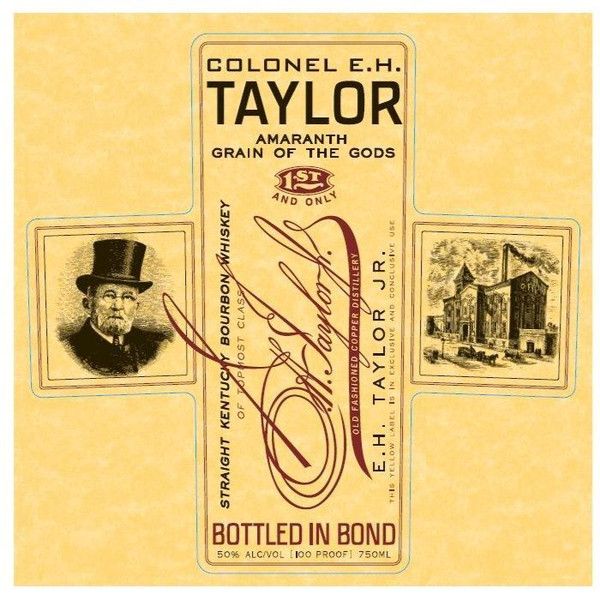 E. H. Taylor Amaranth Grain Of The Gods honors Taylor's enduring spirit of innovation and commitment to exceptional whiskey by introducing Amaranth as the flavoring grain. Amaranth was originally cultivated by the Aztecs and is know as the "Grain of the Gods." This ancient grains is similar to wheat, but offers a complex taste with subtle flavors ranging from a nose of butterscotch and spearmint, to a finish of pecans and dark berries. Amaranth roughly translates to "never fading", just like the legacy of Colonel Taylor, the founding father of the modern bourbon industry.