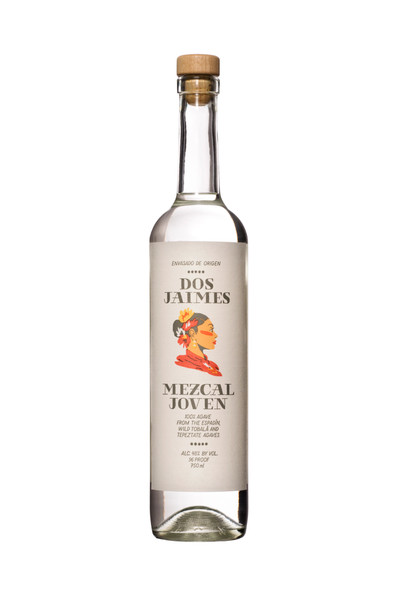 About this mezcal
Dos Jaimes Joven is made with cultivated agave Espadín, wild agave Tepeztate and wild agave Tobalá. Once milled, the agave used in this mezcal are fermented in open air wooden vats and double distilled in copper pot alembic stills.

Dos Jaimes Mezcal
Dos Jaimes Mezcal is distilled in Oaxaca, Mexico (NOM-0120X) as a partnership between Pierde Almas and Two James Spirits in Detroit. Two James is located in Corktown, Detroit’s oldest neighborhood, and is the first licensed distillery in Detroit since Prohibition. They initially launched the Dos Jaimes label with an Ensamble, followed by a small batch of Tepextate in the Summer of 2018.

You & Yours Distilling Co