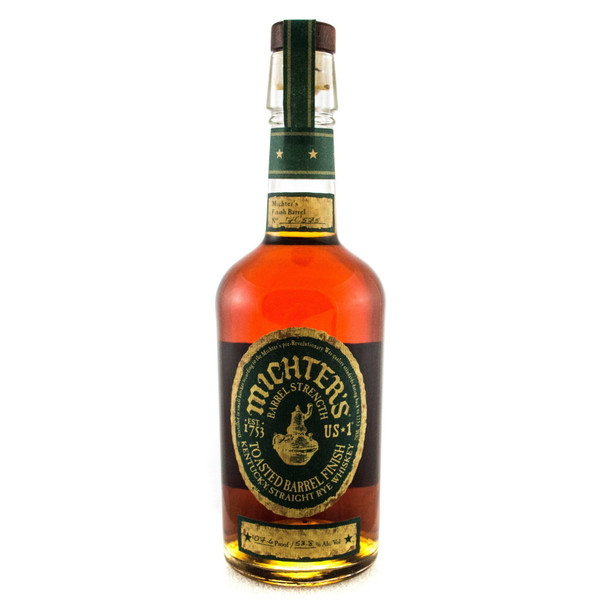 While our Michter's team distills according to tried and true Kentucky practices, it continually experiments as it pursues Michter's goal of making the greatest American whiskeys. Following years of research on different barrel finishes for Rye whiskey, we are proud to offer this release of our Michter's US 1 Toasted Barrel Rye. To make it we take our US 1 Kentucky Straight Rye at barrel strength and then age it for an additional period in a second custom barrel. This second barrel is assembled from 24 month air dried wood and then toasted but not charred. The result is a unique Rye whiskey that we take pride in offering to you. The strength of the majority of barrels selected for this whiskey's first ever release taking place this September 2017 ranges in proof from 107 to 111.8 proof.